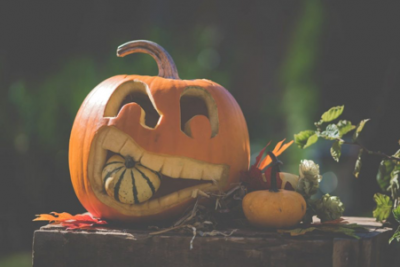 Halloween in Spain: The Day of the Dead in Spanish-Speaking Countries

How do they celebrate Halloween in Spain?

The phenomenon of Day of the Dead, in Spanish ‘El Día de los Muertos’, may be more popular than ever, thanks to the growing number of references in pop culture. From Disney’s ‘Coco’ to ‘Spectre’, the James Bond classic, this celebration, its imagery and associated festivity is appearing more and more in Western culture. But what actually is Day of the Dead and where is it celebrated? How do they celebrate Halloween in Spain? Keep reading and you’ll be sure to find out!

Halloween in Spain: a 3-day celebration?

Seen as more of a kid’s holiday, celebrations on 31st mostly occur in the bigger cities where the idea of Halloween has been commercialised. In Spain, most celebrations happen on November 1st which has been made a national holiday. The word celebrations can only be used loosely as this is All Saints Day, a day to commemorate and pay respect to the saints and loved ones by returning to your hometown and laying flowers on the graves of family members. These community celebrations are traditional and religious, more solemn and respectful than your typical Halloween parties with ghosts and ghouls.

In northern Spain, in regions such as Galicia, Asturias, and Cantabria, the night of the 31st October is reserved for celebrations of La Castañada. Particularly popular in Catalonia, families come together to roast chestnuts and sweet potato, welcoming in the morning of Día de Todos los Santos.

One possible origin behind this tradition links to a time centuries ago when bell-ringers worked throughout the night of 31st October to welcome in Día de Todos los Santos; food such as chestnuts was provided for them as sustenance so they could keep ringing the bells. Nowadays, celebratory food extends to traditional desserts such as ‘panellets’, almond sweets with various flavours to be drunk with sweet wine. You can try making your own version with this recipe.

The Day of the Dead across Latin America

There are a variety of ways to celebrate Halloween across Latin America that are different to celebrations of Halloween in Spain. Globally, Mexico is most frequently associated with Day of the Dead due to its proximity to the USA, which has borrowed aspects of the Mexican festival, promoting the traditional Mexican imagery of skeletons and sugar skulls and spreading it all through pop culture. However, in reality celebrations for Day of the Dead in Mexico and also in Peru are particularly religious and traditional with families gathering in cemeteries to remember and honour loved ones with offerings of food and prayers.

Natives of Paraguay also have typically traditional celebrations, leaving flowers at graves, praying at home as a family, and even constructing altars in honour of loved ones with collections of what were their favourite things. In Guatemala, graves of family members are cleaned and then decorated with flowers and incense. Afterwards, families share a picnic in the cemetery eating traditional foods like ‘fiambre’, a complex salad-like dish. Different countries have specific traditional dishes that they make and eat in honour of their loved ones. In Ecuador, they eat ‘guaguas de pan’ (bread babies – named after their decoration as swaddled babies) and drink ‘colada morada’, a purple spiced berry drink.

If you happen to be here, celebrating Halloween in Spain from 31st October to 2nd November, make sure to keep an eye out for any local festivities for Day of the Dead that might be specific to the region. And if you’re in Ronda, Spain looking to explore some other aspects of Spanish culture, don’t hesitate to get in touch with us and we’ll share some of our tips!

PrevPreviousSociocultural rules when speaking Spanish
NextDaylight savings in Spain: here’s some history and what it means for our classes!Next