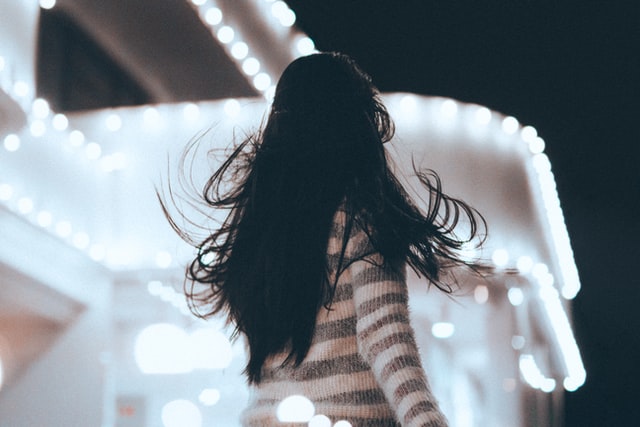 Christmas in Spain | 7 Spanish Christmas Traditions You Must Know About

Christmas is a time to rest, to take stock of the year we left behind and to think about new year resolutions. Two weeks where excitement, family and great feasts are more present than ever.

If you are lucky enough to be in Spain between 22nd December and January 6th, you should get to know these seven customs that make Christmas in Spain unique and unforgettable.

Celebrating Christmas in Spain? Here’s What You Need to Know!

There is no better way to officially kick off Christmas in Spain than by celebrating the lottery draw. The lottery is one of the oldest and most popular games of chance. It was born in Cádiz in 1811 to contribute funds to the Public Treasury after being resentful of the War of Independence. In March 1812 the first national draw was held.

The 22nd of December is a day marked in the calendar by all Spaniards. Millions of people are glued to the television, to the radio or Internet, waiting for the results of the drum, “they cross their fingers”, hoping to be one of the lucky ones that wins. In Spain, it is very common to buy shares in this draw together with family, friends or colleagues. Without doubt, lottery is synonymous with sharing hope.

If you turn out to be one of the lucky ones: congratulations! It is time to celebrate and bathe in champagne. And if you don’t win, don’t worry! Its common in this case to say, “I didn’t win the lottery, but at least I have my health, or love or friends”.

May luck be with you!

If there is one very familiar ritual at Christmas in Spain, it is undoubtedly the night of December 24th. It is a night of reunions around a table full of the most exquisite delicacies and many toasts. It is time to share and enjoy an unforgettable evening with the family.

On the day after Christmas eve, the traditional Christmas meal is celebrated. On December 25th, family gathering continue with more meals! Among the common dishes you can find prawns and langoustines to start, lamb or suckling pig as a main course and of course something that is never forgotten: the typical nougat and handmade shortbread for dessert.

But a man does not live on food alone! In Spain, decorative ornaments around the house are very common. Besides the well-known Christmas tree, the most common is the nativity scene of Bethlehem, where the birth of Jesus and the visit of the Three Kings are staged. The custom is so widespread that in many cities, living nativity scenes are performed with real people and animals.

And as a cherry on top, the carols cannot be missed. The famous and traditional songs are very present at Christmas in Spain, being the perfect addition to the family Christmas plans.

Chin, chin and good health for all!

28th December. A day in which there is one clear and indisputable protagonist: the joke. To discover its origin, we have to go back two thousand years, when King Herod ordered to kill all the children under two years old in Bethlehem, in order to preserve his power. As a result of this event and in honour of these children, the Catholic Church remembers the Holy Innocents every 28th December.

In addition, during the Middle Ages this festivity was combined with the popular “Feast of Fools”, a day full of revelry and debauchery celebrated between the days of Christmas and New Year. Finally, it ended up being held on the 28th.

In Spain, this tradition is very deep-rooted, and it is very common to play tricks on this day. The aim is to “deceive” (always without bad intentions and with humour) the people around us and then make them see that everything has been a joke. Be very attentive to the news of your loved ones during this day because remember that “you fell for being innocent.”

And then December 31st arrives, the last and most awaited day at the end of the year. All families are glued to the TV at midnight, on edge and waiting for the bells to chime and to eat the 12 grapes on time. The challenge of all challenges.

The grapes represent good luck. You eat 12, one for each month, as a symbol of prosperity for the year to come. But, where does this mythical tradition come from? There are two theories behind it.

The first dates back to 1880. They say that it was in this year that the Madrid gentry copied the Christmas ritual from the French: champagne to drink and grapes to accompany it.

The second of the theories dates from 1990, the year in which there was a surplus of grapes in the Alicante province. From here, the producers tried to sell them in a powerful Christmas campaign.

Whatever the winning theory, in Spain there is no better way to close the year than by eating the 12 lucky grapes.

But New Year’s Eve is not only about grapes. In Salamanca they celebrate their own sweet and special start to the year with a bag of 12 jelly beans in hand. But, why? In 1999, a group of students gathered around the famous Plaza Mayor and celebrated their peculiar New Year’s Eve in the company of their friends and colleagues before saying goodbye for the Christmas holidays. A ritual that has become a tradition, and which every year brings together thousands of people from all over the world in Salamanca. This curious custom is of such magnitude that a well-known brand of sweets makes a special bag of gummies that look and taste like grapes for this day.

Undoubtedly, the best way to end the year: many friends and thousands of hugs. Happy new year!

There is no better way to start the new year than with a good breakfast. In Spain, this is a tradition. After a long night of partying, it is time to go home, but first an obligatory stop for a glass of hot chocolate and some churros.

This delicacy is already a custom and becomes the preferred choice of most people who decide to say goodbye to the year outside the house. Although it is not the healthiest breakfast, it is perfect to share with the best company, to “start off on the right foot”, and to start the New Year in the sweetest way.

Friends, anecdotes and chocolate with churros. Without a doubt, the cherry on top of one of the most archetypal nights! Enjoy!

6. The Three Kings are coming…

If there is one thing that characterises Christmas in Spain, it is the excitement of the little ones in the house. Excitement shared with Santa Claus, but in our country especially with the Three Kings.

On January 6, the arrival of the three Kings of the Orient is celebrated. The afternoon before, the children go out into the street to see them parade in the famous Cabalgata, invaded by emotion, a few tears and a shower of sweets.

But let’s start at the beginning: During Christmas, the children write their letter to Melchior, Gaspar and Balthazar, where they ask for their most desired gifts.

Dear Magic Kings… this is how the letter begins.

In order for the Kings to respond to their requests, the children have to fulfil the main commandment of Christmas: to have been good during the year. On the other hand, if they have behaved badly, they will receive coal.

The tradition is based on the fact that the youngest of the house, when they wake up on the morning of January 6th, finds presents at the foot of the Christmas tree or the Nativity scene. Will the Three Kings have been faithful to their requests? The expectation is served!

The roscón is the sweet that closes Christmas in Spain. This giant Donut becomes, year after year, the undisputed breakfast delight of most households after the hangover of the Three Kings.

But far from what you might think, the roscón does not owe its origin to the Three Kings. To know its true origin, we have to go back to the 2nd century B.C., when pagan celebrations known as “las Saturnales” (in honour of Saturn – God of agriculture and crops) were held, celebrating the end of the darkest period of the year and the beginning of light.

It was not until a century later (III A.D.) when the well-known bean was placed inside the famous sweet, considered as the symbol of prosperity and fertility. It was later, in the 19th century, that the custom was imposed, that is still present today: the person who gets the bean must pay for the sweet.

Nowadays the roscón de Reyes can be eaten alone or filled with cream or chocolate among other flavours, to suit the palate of those with a sweet tooth.

Gifts, laughter, excitement … the best way to start and end one of the most exciting times of the year: Christmas. See you next year! 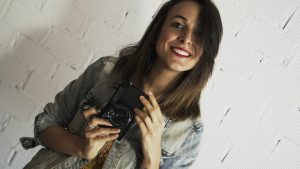 PrevPreviousHalloween in Spain: The Day of the Dead in Spanish-Speaking Countries