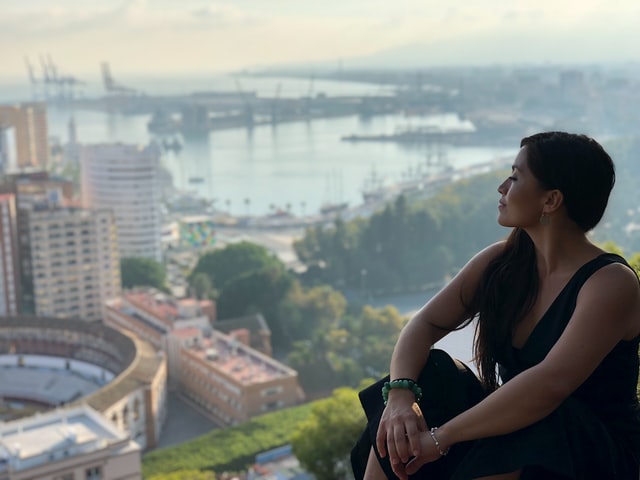 5 Good Reasons Why You Should Learn Spanish in Malaga?

Why should you learn Spanish in Malaga?

Even with an estimated 538 million speakers worldwide according to Ethnologue, Spanish still has an increasing number of speakers, unlike other common languages whose figures have taken a downturn.

Spanish is even popular as a second language, with more and more people deciding to learn Spanish to revamp their professional career, discover the satisfaction of acquiring a new skill or simply have a more relaxing break from work in Spain. And if it has crossed your mind to learn Spanish in Malaga or in another Andalusian city, there’s no better place than southern Spain to find a language school where you can take Spanish lessons!

It’s well known that Malaga, and the Costa del Sol in general, have an enviable climate. The long hours of sun and average temperatures have made this region the preferred destination for Europeans, not only as a holiday destination but also as an ideal place for permanent residency. With this climate, Spanish life happens outdoors. You will find people relaxing on the terraces, practicing sports, taking long mountain walks and swimming in the sea. This ideal climate encourages an active lifestyle, promoting not only a great quality of life but also innumerable health benefits, both mental and physical.

In recent times, the province of Malaga has developed an impressive cultural offering, aided by its rich cultural history. That is probably why so many travelers stop by everyday to bathe in the city’s unique cultural heritage and to learn Spanish in Malaga. The city centre boasts a great number of museums, such as the Picasso Museum, Pompidou Centre or the Carmen Thyssen Museum to name a few. There really is something for everyone! Branching out from Malaga itself, you will find a variety of cultural wonders you can take in at your own pace. Perhaps, the unique Caminito del Rey walk on the walls of the gorge might take your fancy!

Exchanging with friendly locals is a fundamental part of learning Spanish in Malaga. The perfect weather keeps everyone in good spirits! The southern Spaniards thrive through their open character creating a real communal feel from the get-go. On the streets, greetings are constant so the closeness and familiarity of the Spanish people will soon become a norm. This openness makes it easy to connect! You can learn the Spanish language with the locals allowing students and travellers to really immerse themselves in the culture.

Due to the orography of the province of Malaga, the gastronomy is extremely varied: cheese, olives and organic meats, as well as many other local delicacies. These are particularly present in the northern part of the Sierra. More and more small businesses are therefore opting for more traditional, family and high-quality food business. On the coast, we find numerous types of fish including sardine skewers, which are ideal to eat at the beach! And, of course, we should not forget the Molletes de Antequera, Montaditos, Serranitos and Pepitos of the province.

Malaga Airport (AGP) is the 4th busiest airport (WorldAtlas). Numerous international companies, including low-cost airlines, have daily flights to this Andalusian city offering great deals. With the main Malaga bus station close to the airport offering regular services to locations across the province, together with the train station close by, the entire province is easily accessible. What’s more, the cost of living is very low compared to other major European cities, so you can put your hard-earned money towards cultural experiences rather than accommodation!

As you can see, there are plenty of reasons why you should learn Spanish in Malaga, more than we could ever fit into a blog post! But let’s hope that our recommendations have sparked an interest in Malaga and you’ll soon be seen waltzing through AGP Arrivals raring to study Spanish and take on those Spanish courses!