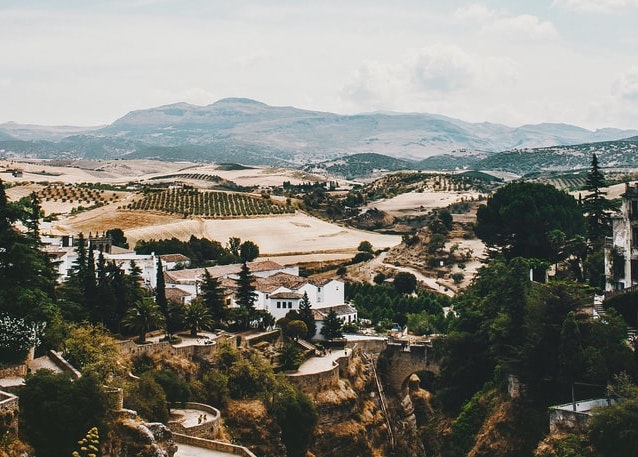 On the 28th February, we celebrate Andalusia Day in our autonomous community!

There will be institutional events in the main city of Andalusia, we’ll have molletes with oil and salt for breakfast, and there’ll also be those who decorate their balconies with geraniums and flags. But today we’d like to take this opportunity to share, from a native Spanish teacher, with Spanish students all over the world some curiosities of the Andalusian dialect, which are authentic and genuine, and something you may not come across in Spanish courses. If you’re learning Spanish in Andalusia, they’re sure to have given you a headache on more than one occasion!

Seseo (meaning to pronounce /s/ with the /θ/ sound) is not a unique feature of Andalusian Spanish. It can also be found in the Canary Islands, Valencia and even Galicia (also of course in all Latin American countries). It’s said that it originated in Seville between the 16th and 17th centuries. Whilst in Castile the phonemes of Castilian Spanish, /s/ /z/ /ts/ and /dz/ were reorganised and reduced to two sounds (/θ/ and /s/), in Andalusia the same phonemes became only one: /s/. It is said that ceceo developed among the poorest population as they were trying to imitate the seseo characteristic. Instead an even bigger “phonetic error” was made.

That’s why ceceo has long been stigmatised!

So if you’re looking to learn Spanish in Spain, watch out for the variations of the seseo pronunciation wherever you are.

When learning Spanish in Andalusia, you will discover that many Andalusian words derive from English due to its proximity to Gibraltar. So, for example, it wouldn’t be strange to hear someone from Cadiz asking a friend to be alinguindoi whilst they’re in the bathroom, meaning to keep an eye out or be on the alert (deriving from ‘look and do it’). Taking into account that Spanglish is booming, who knows if soon we’ll be speaking in Andalunglish!

Between Malaga, Cordoba and Seville, there’s a region known as Andalusia of the e (as philologist Dámaso Alonso called it) where endings of -al and -ar are made with an /e/. So, ‘dibujar’ would be pronounced /dibuhé/ or ‘casas’ would become /kase/. Make sure to be alinguindoi the next time you visit cities such as Lucena, Estepa or Alameda!

The pronunciation of some phonemes changes drastically depending on if you are in the east or the west of Andalusia. The j of ‘jarrón’ is aspirated (/h/) in the Cádiz, Huelva, Málaga and Seville areas but is pronounced forcefully in the Jaén and Granada zones. Something similar happens with the ch, for example in the word ‘coche’. Those native to Cádiz say /koshe/ whilst in East Andalusia it is pronounced with the fricative.

This is a very important aspect when trying to learn to speak Spanish:

Although Andalusian Spanish has a reputation for losing the implosive /s/, the truth is that we can always recognise when a word is plural or singular despite not pronouncing the final s. This is due to the fact that the pronunciation of the final vowel is more open. So, if you learn Spanish in Malaga, for example, and want to adopt the accent, you not only have to leave the s to the side but also tune your hearing to be able to correctly pronounce the final vowels!

What about you? What other things have you noticed about this dialect whilst you’ve been learning Spanish in Andalusia? In the comments below, let us know your favourite word or what you like most about our dialect! If you’re looking to learn the Spanish language or perhaps you already study Spanish and want to simply brush up on your pronunciation, check out our online Spanish classes or our series of Spanish webinars on offer this month!