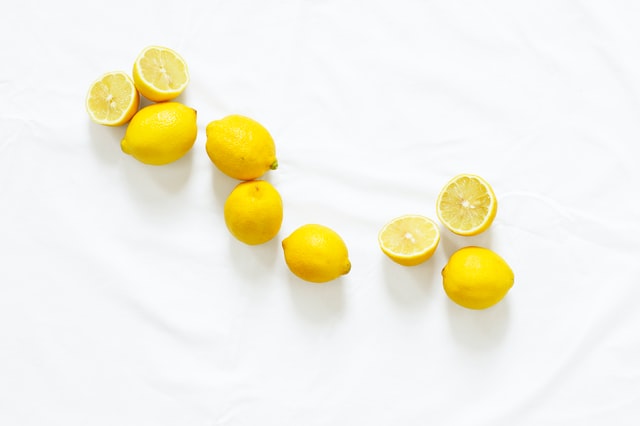 English speakers learning Spanish will often get confused between these five sets of verbs, resulting in them continuously making these five (very) common mistakes in Spanish. It’s particularly tricky for English speakers because often for one concept in English, there are two ways of saying it in Spanish! Unfortunately only one will be correct and there is normally only a subtle difference between them…

But don’t worry, we’re here to help. By the end of this article you’ll have mastered the differences between the following verbs:

Ring any bells? Get your thinking hats on and let’s unpick these five common mistakes in Spanish together.

First thing’s first, let’s consider the differences between conocer, encontrar and encontrarse con alguien. Many people when translating something like “I am going to Malaga to meet my friends,” will say:

Voy a ir a Málaga y conocer a mis amigos

However, the use of conocer is wrong in this context. Unless they specify they are meeting their friends for the first time ever (perhaps they became friends over Zoom?), we assume that they have met their friends before and so “meet my friends” is in the sense of “meeting up with my friends.”

Therefore, conocer means “to meet for the first time” and so the correct way to express “I am going to Malaga to meet my friends” would be:

Here, encontrarse con means “to organise to meet up with someone,” just like in the following examples:

She told me she had to meet up with a friend.

They are on their way to the train station to meet Carmen.

It is important to note that when the verb is not reflexive:

The meaning changes and encontrar means “to find or discover something:”

I finally found my car keys.

Scientists discovered a vaccine against the disease.

Ok, onto the next one:

Ir  means “to go” and venir means “to come.” Two verbs in Spanish, two verbs in English, but it is very common to confuse the two in Spanish. Take a look at this example:

I really want to go to Spain

In English, you could also say “I really want to come to Spain”, and it would mean the same thing as “go to Spain”, and we often say things like “are you coming to the party tonight?”, even though we mean going *somewhere else* to the party, not coming *here*. In Spanish, however, we cannot use the verb venir (to come) in this context because the party isn’t going to be held where the speaker is.

When choosing between ir and venir:

We always have to consider the position of the speaker in order to ascertain whether the subject of the sentence is in fact coming (use venir) or going (use ir). Here are some more examples to make it clearer:

At what time is Valeria coming for supper?

Javier, are you really going to the supermarket dressed like that?

I hope Nina goes/comes to the bar on Saturday

^^^ Now, here’s where you really have to be careful because in English, it doesn’t matter where the speaker is in this case and so you can use either “goes” or “comes.” In Spanish, however, it would be wrong to use venir because the speaker is not  currently at the bar, and so we have to use ir.

It is also worth noting at this point that:

In Spain you will often hear the question: “¿vienes?” which translates as “are you coming?” Now, you might assume that in order to answer “yes, I’m coming,” you use “si, vengo” (1st person singular of venir), but that is in fact incorrect and you won’t hear Spanish people replying “Si, vengo.” The correct answer is to reply: “Si, voy” which in English, confusingly, is best translated as “Yes, I’m coming,” even though voy comes from the verb ir (to go)… Just one to remember so you can sound more like a native!

Another instance where you have to consider the location of the speaker and the direction of the action is with the following two verbs:

Ignacio is having a picnic in the park with some friends and invites Maria to come along too. On the phone, Maria asks Ignacio:

Now for the analysis: Ignacio says “puedes traer el guacamole?” because he’s asking Maria to bring the guacamole *here*, to where he is sitting in the park. Maria responds by using the verb llevar because she is agreeing to bring the guacamole to him, from wherever she is to the park, from *there to here,* or to the desired place.

Ok now consider this situation: Ignacio and Maria are planning another picnic in the park for the following weekend as it’s Maria’s birthday. Ignacio rings Maria and asks:

Ignacio:     ¿Quieres que lleve algo? (Do you want me to bring anything?)

When Maria asks him to *bring* a speaker, she uses llevar (as opposed to “puedes traer el guacamole” in the previous example) because she is not currently in the park and so she is asking him to bring it *over there* (to the park on Saturday). The same goes for Ignacio’s use of llevar because he isn’t in the park either.

These two verbs can also cause a bit of confusion: preguntar means to ask someone a question, to request information whereas pedir means to ask for something, e.g. to ask for a favour. Let’s put that into context:

Don’t hesitate to ask (a question)

Please ask Pedro if he’s coming to the beach

To ask after someone

Someone called asking for you

If you want to say “may I ask you a question?” in Spanish, you might think it’s “¿puedo preguntarte una pregunta?” However, that is not the case (and it also sounds rather strange!). Instead, you have to say “¿puedo hacerte una pregunta?” and use the verb hacerse.

A few examples of what you might hear in a restaurant:

I’m going to ask for (order) some tomatoes

I asked the waiter for more wine

Would you give me another minute, please? I still don’t know what I’m going to order/ask for

V. Common Mistakes in Spanish: Conducir vs. llevar a alguien

Last but not least, let’s clarify the difference between conducir and llevar a alguien. Conducir means “to drive/control a vehicle,” for example:

I still don’t know how to drive

I was fined for driving over the speed limit

I prefer to drive automatic cars

However, you can’t use conducir if you want to express you are driving someone. That’s when you use llevar a alguien which means “to take, drive someone.” For example:

We drove him to the doctor

I have to take/drive my sister to her football match

Here, you can’t say “Tengo que conducir a mi hermana…” Just like if you wanted to say “My friend drove me home after the party,” you can’t use conducir and instead you have to use llevar: “Mi amiga me llevó después de la fiesta.”

And that’s it! 5/5 common mistakes in Spanish. Well done for sticking with us until the end, we know it’s a lot to take in. Just to quickly summarise what we’ve learnt:

We hope you’re feeling a lot more confident with these five sets of verbs in Spanish.

Now you’re five steps closer to sounding like a native!

These are just five common mistakes in Spanish that we’ve picked up on in particular but of course there are many more so why don’t you add any more you can think of in the comments below?

If you can’t think of any off the top of your head, take a look at this helpful article which outlines ten more very common mistakes in Spanish! We know they’re all easy to mix up and that often the differences are very subtle but, as always, practice makes perfect (!) so why don’t you take the first step and sign up to our upcoming webinar on Confusing word pairs in Spanish!

PrevPrevious7 False Friends in Spanish That You Won’t Be Bested by Again!
NextLegally Driving in SpainNext