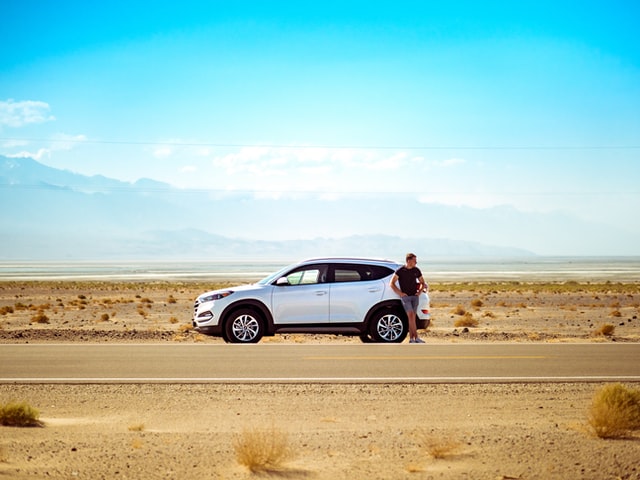 How to get a functionning driving licence to be freely driving in Spain?

As a visitor in Ronda it is likely you want to be driving in Spain and around Andalusia to enjoy all the diversity that the country has to offer. For every big city connected by trains and buses, there a numerous other places and experiences that are only available to those who can get a car.

Driving in Spain is one of the greatest pleasures of being here and in order to do it, you need to know how to do it legally. In the following article there are some of the most important points about the legality of foreigners who go through their day here driving in Spain.

I. Driving in Spain | Mutual Agreement With Other Countries

If you are at least 18 years old and have a valid driving licence in another country it is possible you are already legally able to drive in Spain. Spain has made a number of agreements with a variety of other countries to determine who can drive here and who has to learn again.

II. Driving in Spain | Do you have a driving licence in the European Economic Area?

In general if you have a driving licence from a country within the European Economic Area (EEA, countries of the European Union including Iceland, Norway and Lichtenstein), you can drive in Spain with the driving licence that you already have for the first two years of residency.

Keep in mind that you have to register your details with the transport authorities within 6 months. After two years here, you will have to change the driving licence issued by your country to a Spanish one. This is usually as simple as going to the office of Dirección General de Trafico (DGT).

If a European union licence is renewed in Spain, it effectively becomes a Spanish licence of the EU which should then be renewed every 10 years until the age of 65 and every 5 years after that.

III. Driving in Spain | What happens if my driving licence is not from an EU or EEA country?

If you are outside of the EEA, you can drive in Spain using your foreign driving licence up until 6 months after having registered for residency in Spain. After 6 months of residency your foreign drivers’ licence will no longer be valid in Spain and you need to get a Spanish one.

Depending on your nationality, it is possible to change your driving licence to a Spanish one. If this isn’t possible you will have to do the full driving test in Spain. Spain has agreements with more than 20 countries that are able to directly change their foreign driving licence for a Spanish equivalent.

If your country is not on the list, keep on reading…

IV. Driving in Spain | My country is not on the list

I am from California and had been driving for more than 30 years when I arrived in Spain. Although I am also a resident of the EU (Germany), I didn’t have a German driving licence, and the United states is not on the list of countries with a mutual agreement with Spain. Citizens of many countries including the US, Canada, Australia, New Zealand, and South Africa, would have to take the full Spanish driving test in order to obtain a Spanish driving licence.

The driving test is in two parts: a written theory test and a practical test. The written test generally has 30 questions and you have to get 27 of these correct (90%) in order to pass. Given that the DGT has a bank of 25 thousand questions to chose from, you will have to study!

Once you have passed the written test, it will be possible to do the practical. For this you will drive a car following the instruction of an examiner from the DGT for a maximum of 30 minutes. For each error you make there is a different number of points deductible and if you get more than 10 points you fail the test.

Although it is possible to do both the tests yourself, it is recommended that you attend a driving school. The school will guide you though everything you need to know to pass the tests. Also, there are a series of requirements before doing the test that the school can help you with, such as applications, medical tests and more.

Although it seems annoying that someone who has been driving for so long has to go to a driving school, it can be a great cultural experience. The lessons about rules of the road are given all week and you can attend as frequently as you like.

We wanted to complete it as quick as possible, so we went twice a day, five days a week. All the lessons were in Spanish, but it is possible to find classes in your own language in a bigger city. In the end we did two months of classes five days a week before we could do the written test.

After passing the written test, you may wish to attend some practice practical lessons with an instructor in the car. Even if you have been driving for many years, the instructor will tell you what examiners looks for in the test. It will surprise you to find out that your old driving habits could make you fail. My wife normally drives a manual car with one hand on the steering wheel and the other on the gearstick. But according to the examiners if you don’t have both hands back on the wheel straight after changing gear you will be penalised.  In the duration of the 30-minute exam she was penalised 10 times and failed the test the first time.

She was in good company though since 73% of people fail the test first time round. For my wife and I we were both in the car with people who didn’t pass and by the end of the test there were many tears.

When everything was completed and we had our licences we had spend close to 800 euros each to complete the process, including the school fees and test fees. Other students can spend more depending on their driving experience and the amount of lessons they need.

No matter where you are from, driving in Spain will without doubt feel a little different to what you’re used to. The freedom of driving in Spain legally, in any part of the country, will open up opportunities for you to experience the best that Spain has to offer. With time and experience as a legal driver here you will understand the rules, and the ways in which some drivers bend them and break them.

By following the advice that I have written here you too will be driving in Spain before long.