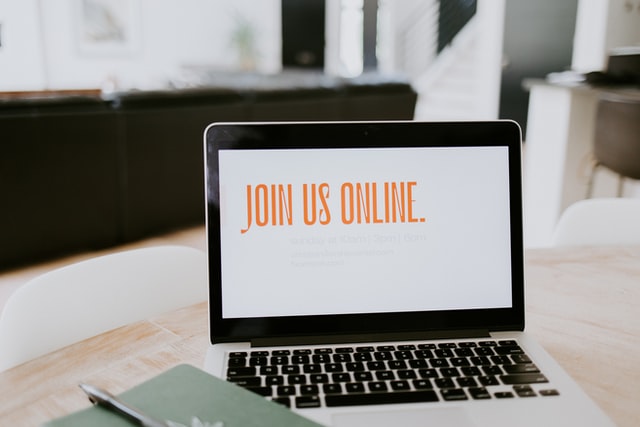 Are Online Spanish Classes Really Worth It?

We chatted with Mike who has been having online, one to one Spanish lessons since March

Have they worked well? Well, you can be the judge of that!

Are you thinking of learning a language from scratch? Taking up a new skill? Worried your Spanish speaking got a bit rusty over the lockdown period? Well, you’ve come to the right place. Entrelenguas is among the Spanish language schools which have paved the way in adapting to the times and has switched over completely to the online sphere for the time being, offering online one to one Spanish lessons and group classes.

We sat down and had a chat over Zoom (pronounced “thoom” in Spain!) with one of our students, Mike, who has been making the most of all his new-found free time, channelling it into improving his Spanish from the comfort of his own home in England.

He tells us how he made the switch to online learning after his plans to do an intensive language course in Spain back in March were scuppered by coronavirus: “Entrelenguas was offering exactly what I was looking for, all for a fair price and with native, qualified Spanish teachers. I’d had enough of scrolling through options to learn Spanish online with unqualified teachers who most likely lack a thorough understanding of how to teach.” Despite originally questioning the effectiveness of online learning, he is delighted to share how well it’s worked and sings the praises of his teacher’s advanced grasp of technology.

How are you structuring your Spanish learning at the moment?

Well you can’t really develop a skill by practicing it for just one week a year, and that’s certainly not enough to advance a language to a high level. I have far more free time at the moment so I’m lucky enough to have a lesson with Entrelenguas every day!

What I’m doing at the moment is I have 3 one to one Spanish lessons on Monday, Wednesday and Friday which last an hour, and then the group lessons last one and a half hours and run twice a week on Tuesday and Thursday.

Have you started to dream in Spanish?

Yeh, kind of! It’s not surprising given that I have a lesson every morning at 9 o’clock. And my teacher is great at handing out homework so my connection with the language is pretty much ongoing. She’ll often send me an article from El País or a link to a Spanish TV programme or advert related to something we covered in class. It will just pop up in my Whatsapp or email – I’ve never had that level of immersion and support from other teachers!

Do you think it’s the individual attention that you get from one to one Spanish lessons that you value the most?

Yes, definitely. Not only is the content incredibly relevant and useful but, perhaps more importantly, my teacher tailors the sessions directly to my weaknesses. And because she herself is relaxed, the structure of the one to one Spanish lessons is relaxed as well which means that I feel comfortable enough to tailor the sessions to my timings and preferences.

Something else I really value is that if I’m reading a Spanish book, for example, I underline something I don’t quite understand and the following day I can pop it up on the screen when we’re on Zoom and say, what does this mean? Or, I didn’t understand that section. I love having the freedom to do that.

To put it simply, it’s the energy and personalisation of classes with Entrelenguas that sets it apart from other courses I’ve come across. As I’ve already mentioned, all the teachers are native, qualified Spanish teachers which really makes a difference.

How do Entrelenguas’ one to one Spanish lessons compare to other similar courses or other teaching you’ve received in the past?

So I’ve been studying Spanish for quite a long time now: three times at the university of Malaga as well as one month intensive courses here and there. I also study at my local adult education centre here in the UK. However, I think my teacher at Entrelenguas is the best I’ve ever come across.

There seems to be a lot of Spanish teachers who teach Spanish predominantly because they are Spanish, but she goes way beyond that. She has a very deep understanding of the grammar which is even more important when you get to a higher level such as C1. Her grammatical knowledge and grasp of both languages really is outstanding.

Like with most students who switch to online learning, you were initially a bit hesitant about how effective it would be. What do you think of it now?

I have really surprised myself in how well I have adapted to online learning. I think that’s especially important to highlight because I suspect there’s a lot of people like me who might think hmm online Spanish? That’s not really going to work, looking at a computer screen… But I have been so surprised at how good it is! It really is. It does work.

It’s worth noting that my teacher is also very skilled at using Zoom: sharing the screen, sending over a document in the middle of the session or, during group sessions for example, she’ll separate us into breakout groups to tackle particular tasks in teams.

I’m sure there are a lot of people like me out there, who, if they actually gave it a go, would find that it works much better than they expected!

We hope you’ve enjoyed reading about Mike’s online learning experience and his new adventure of learning Spanish from home. We certainly enjoyed chatting with him and hearing how well he’s getting on.

Mike has also been making the most of the group sessions and enjoys the balance of the focused, individualised, one to one Spanish lessons with the fun, laughter and high level of the group sessions: “I feel I’ve made some friends in learning Spanish”. Friends, just what we need at the moment.

We’re sure you’ll agree that the key to learning a language is to adopt the “little and often” approach. Has Mike persuaded you to get your Spanish up to scratch as well? Take the plunge, sign up to one of our classes and join us online. We’d love to have you.