Verbs expressed using indirect object pronouns, and how to use them.

Verbs such as gustar are perhaps some of the most difficult verbs to master in the Spanish language, as they require the use of indirect object pronouns and literal translations do not always work! It might seem hard to get your head round now but, with our clear explanation and a bit of verb practice, you’ll be able to use them perfectly in no time!

How do gustar-like verbs work in Spanish?

Perhaps the most recognisable verb in this verb category is gustar itself. Gustar is often translated as “to like” in English, but its literal meaning is “to be pleasing to”.

With gustar, the subject of the sentence is the pleasing thing, whereas the person being pleased is expressed by an indirect object. In the following example, naranjas, or oranges,are the subject of the sentence – so gustar is conjugated in the third person plural form, to match the plural word naranjas. The indirect object “me” demonstrates who the oranges are pleasing.

How are gustar-like verbs formed in Spanish?

Gustar-like verbs are always conjugated to match the form of the subject – the thing doing the pleasing, in the case of the verb gustar. For example:

If a sentence using gustar begins with a subject, more focus is given to the pleasing thing/thing being liked (the subject) than the person being pleased/the liker (the indirect object). For example:

In order to emphasize the person being pleased/the liker, sentences with verbs like gustar may use the preposition a, followed by a noun or a pronoun, that matches the form of the indirect object. For example:

So far, we’ve looked at how gustar verbs are formed, how they work, and examples with food, films, countries, and animals. But what about using gustar with people? Look at these examples:

Remember that Gustar is conjugated as a regular verb, therefore:

We can omit the subject (tú), as the information is already shown in the verb (gustas):

We can also put the subject (tú) in front of the sentence:

Me gustas tú  > Tú me gustas

REMEMBER! If the subject changes, you must also change the verb.

ATTENTION! The liker/person being pleased can also change 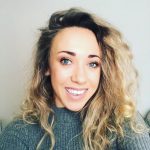 PrevPreviousHow to Immerse Yourself in Spanish from Home
NextConnectors in SpanishNext